So being a few hours late is becoming a tradition, huh. Well, my fellow demon slayers, I assure you there was good reason for the delay this time. As there was the other times, but yeah. So.

This thing has been taking its sweet time, but now we’re finally inching closer. Therefore, I may finally delve deeper into what you may expect from this tiny behemoth of a patch. Shall we?

A mostly visual slew of changes, but we’ve rightfully been told clarity has been missing from skill descriptions. This one scales to the player’s max hp, that one takes up the player’s shield penetration value (which we forgot to mention on the skill itself – whoops!), that one over there is a Boost skill for no immediately discernible reason.

Well, this patch handles that part. From 1.5.5 onward, you will know exactly where your skills belong, how they behave, and what they’ve been hiding from all but the most eagle-eyed players since 2007. 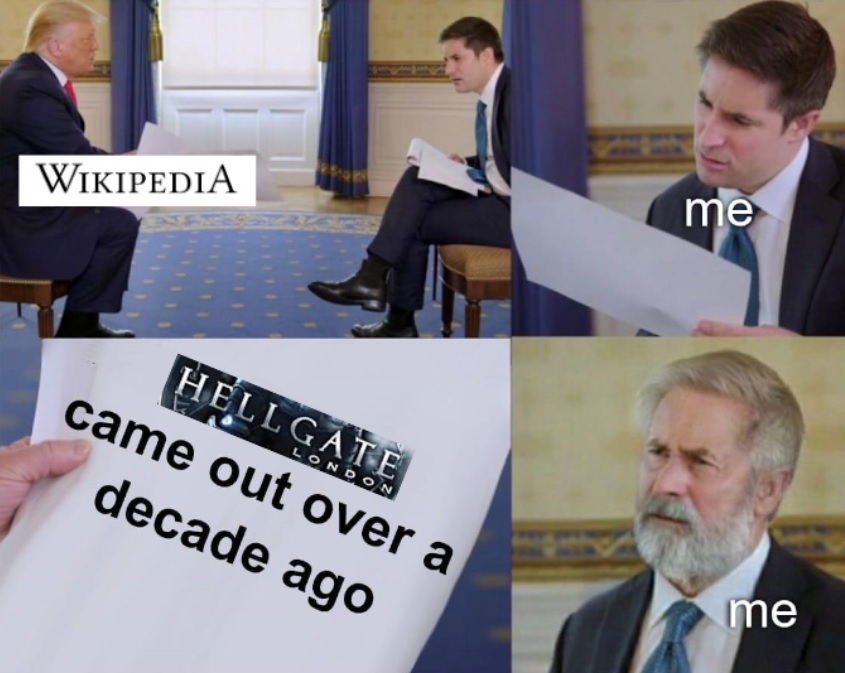 Well anyway, never mind the calendar. For this year brings not only the bitter realization that Hellgate is a bloody old game that ages like the finest wine, but also new ways to build your classes!

…the existing ones, for now. If we tried to resurrect the unreleased classes now, amid this workload and an ongoing pandemic, we’d probably throw ourselves into the Cauldron of Eternal Happiness.

Anyway, what does this even mean? Let’s start with a visual aid. 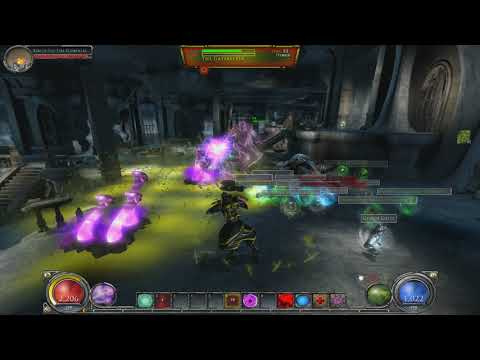 Not terribly impressive, I know. BUT, this Evoker is, in fact, not a crit heathen who farms his gear for 2 years just to be endgame-ready! No, he is not.

See, there was a whole bunch of ideas a while back – and while we’re absolutely not removing CCM like that thread suggested, OR invalidating crit builds for those who like them and want to jump through the RNG hoops they dictate, we’ve been going back and forth to implement at least some of these ideas. Your feedback over time strongly suggested that we should, at that, so there we are.

Well “how” is an interesting question, my esteemed hypothetical interlocutor. For the attentive Discord members, I’ve teased how in #screenshots-videos – with as little effort as an overworked, sleep-deprived, Hellgate-lovestruck man could reasonably muster. 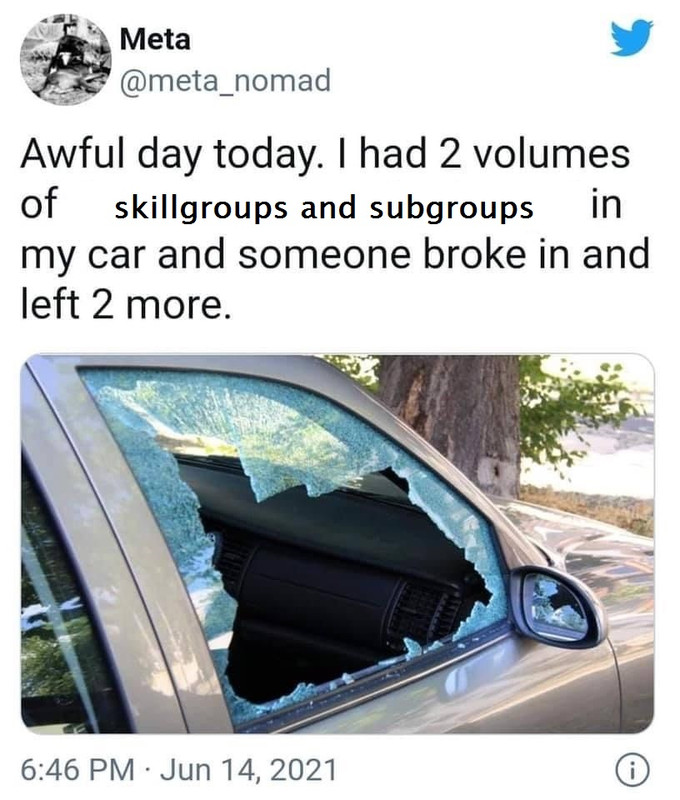 To translate that daft joke into proper English with more semantic value, then, we’ve given skillgroups a thorough do-over. Yes, Hunters and Guardians are not the only ones who should mind skillgroups. Blademasters and Evokers should too, and I suppose Summoners just a teeny tiny bit… Groan.

Ever since the dark days of Alpha OPness we’ve never gotten anything nice, I swear.

But yes, most classes will finally have ways to specialize in their skillgroups of choice. In the meantime, we’ll mostly be playing minion piano over here. I keed I keed, we got a small buzzing treat too.

Now, I know. We’ve said this for so long, and the last patch seems like forever ago. Well, we’re getting somewhere: 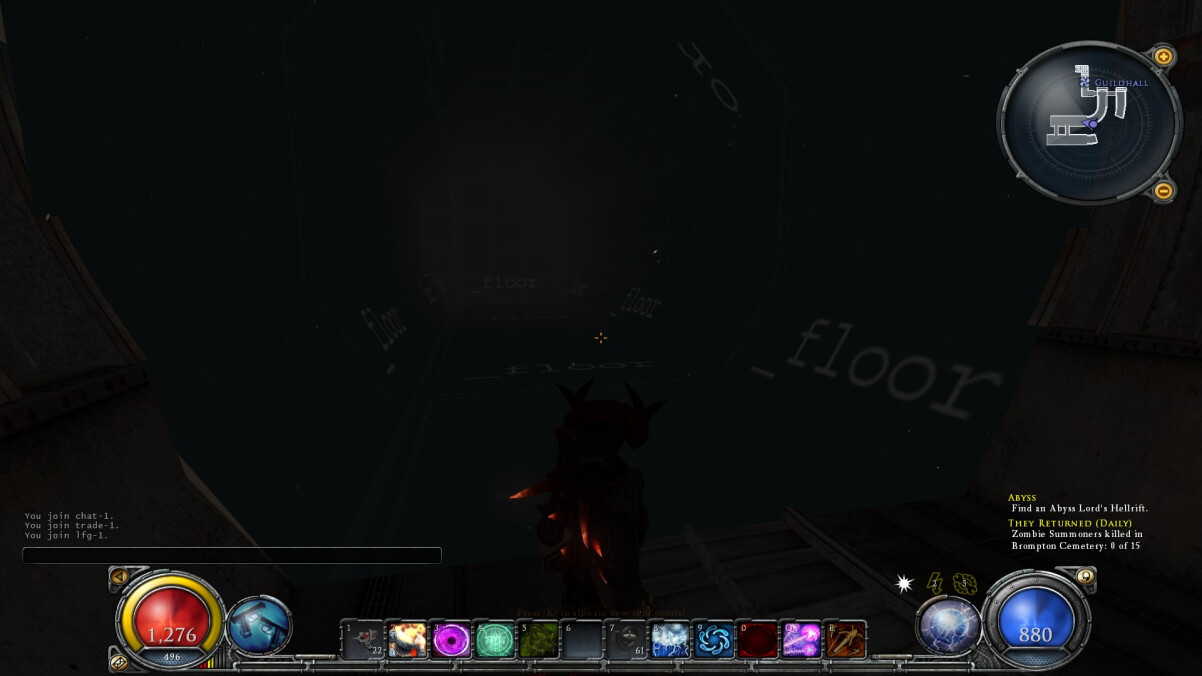 No, in seriousness that’s not intentional. Obviously, hopefully – if we ever release a “floor” stage please intervene immediately. But between changes to internal tools and a very, very grumpy Hellgate, we’ve been stuck on this final bit forever. Personally I blame Evokers.

This content, then, just to reiterate, addresses three concerns:

So, we have 2 pieces of content in the immediate pipeline that tackle these issues. The one that’s 95% ready may actually double for an endgame piece of party content in its Nightmare version – no promises, but it might.

The “floor” one, that’s also very close to completion, mostly tackles the final point of the 3 above, and actually comes with a story to boot! Yay? Hopefully yay. I know I’m yay-ing.

This I know I’ve often promised too, my esteemed hypothetical interlocutor. We’re not even stuck with the expansion’s development, actually. We’re just so swamped in work, RL and in-game, that the station reclamation efforts have had to be extremely slow.

Jokes aside, I practically have 2 days a week to devote to Hellgate (which I do), and Alternalo is developing his own game all by himself. Our devs are also extremely busy, BUT have nonetheless been working tirelessly (I presume, figure of speech) to refine our internal tools. We’ve already simplified our .drl processing, and we’ll probably soon be getting an excel editor that’s infinitely better than d2excel. Don’t know what else will be hammered out in due time, but the anvils are indeed dinging.

No, that’s all I have I’m afraid. Still, I hope you enjoyed this slightly longer entry. I wish I could share more, but any more and I’ll start spoiling things in actually bothersome ways. And we don’t want that out of these wee diaries, now do we?

So, I wish you pleasant hunting sessions, my fellow demon slayers. Until next time, all the best

Not yet, I’m afraid. Can’t say if a fix will sneak its way into this patch before release, but one isn’t planned for it.

, sounds great and promising. Thanks for the fun to read update.

Looking forward to hack slashing thru HGL once we’re back from summer vacation.