I was looking through a calculator of skills and expertise.There was a question.The previous parameters cannot be returned.Stamina,Strength,Willpower,Accuracy.It was very convenient, there was an additional opportunity to work with attributes.I think most players will agree with me.After all, attributes do not increase after level 50.I hope you understand the question.Moreover, the old examination display remains on the web page 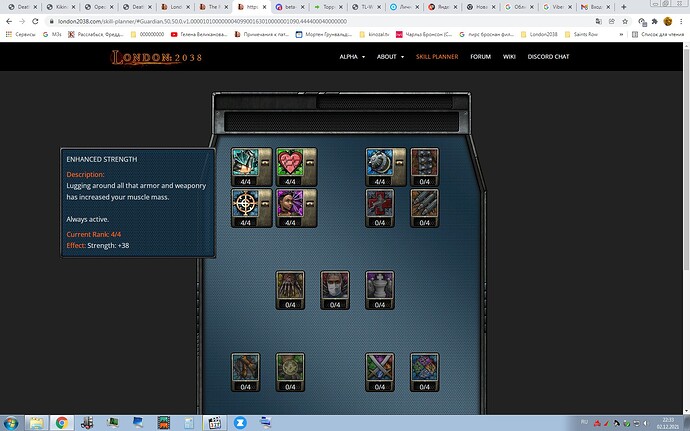 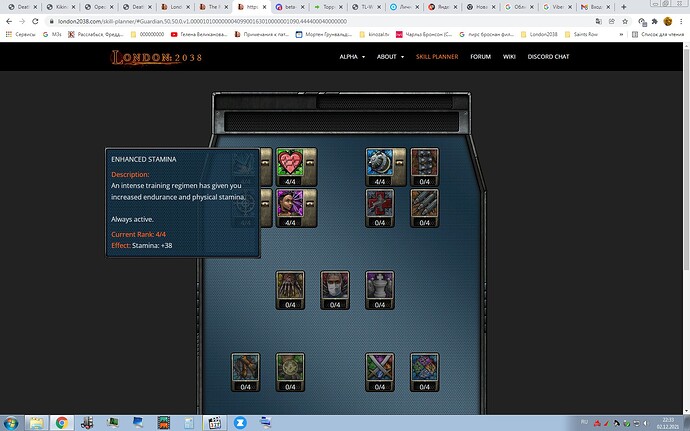 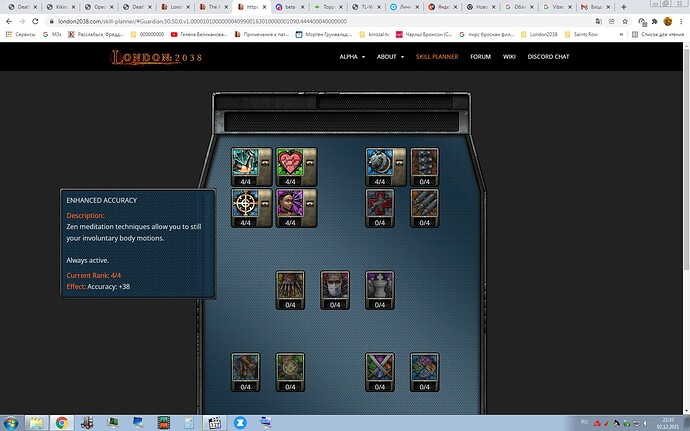 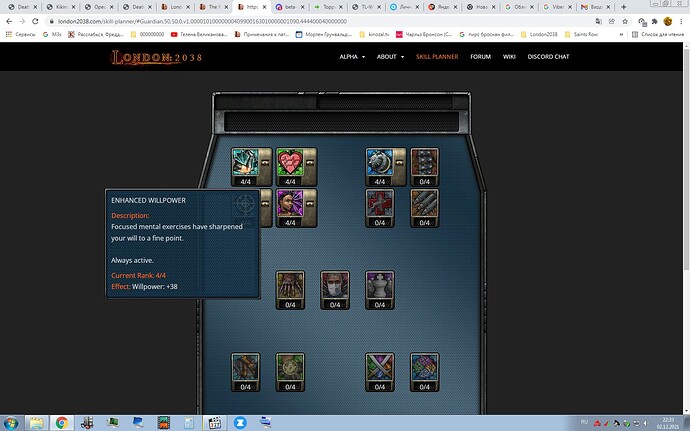 That’s a rather old change that occurred back in 1.5. The reason it happened was because players used them to reach massive maximum stats (which they still can to an extent), while most other expertises were overshadowed because of the value of those 4. This is likely why Global also did away with +stats on expertises, if I had to guess.
Now, I understand the desire for more points, but we couldn’t keep them as they were. Still, new sidequests may also provide more of them, and that same patch also provided another 46 as immediate compensation:

Finally, the skill planner is indeed outdated. Hopefully we’ll get it updated sooner than later.

while most other expertises were overshadowed because of the value of those 4.

And you didn’t think that if players don’t use “other expertise”, then they are not so important for most players.Rather, they are simply not needed in the form in which they exist.Maybe it was better to add something necessary than to “reduce the value” of these four?After all, you were able to add “Player of Smiting” in skills?The skill is great!!! And, also, I can’t understand why it was necessary to change in “Spiritual Strength”-“Strength” to “Stamina”.What’s the point?I have already written once, what is more profitable for the player “Strength” in this skill.So I won’t repeat myself, especially since you won’t change it.You have a lot of work to do without it.This, of course, is my personal opinion.But, you decided to change and I accepted it.I just don’t have a choice.Who am I to demand, ask, offer something, and who are you?We have different weight categories.

And you didn’t think that if players don’t use “other expertise”, then they are not so important for most players. Rather, they are simply not needed in the form in which they exist.

We did think of this, but solutions are often not as simple as players would believe. In this case, what we saw was a tremendous value from these 4 that we could not possibly match with the designs of all the others. At the very least not without breaking a bunch of other things in the process, when we could just go for an easier, productive solution.
If you’re willing to listen to another perspective beyond what players like I can explain this part in more depth.

Still, we did not

“reduce the value” of these four

in any strict sense. What we did was we made them more build-reliant; a hp % bonus, for example, is now still valuable for tank builds, where its old +STA counterpart was just free stats for any build. The same applies to +melee speed; it’s now more valuable to melee builds than +STR, unlike the old version which just gave any build free STR.
For that matter, remember that Global did the same. The only reason +stat expertises ever existed was because Flagship’s test server was a test server.

I can’t understand why it was necessary to change in “Spiritual Strength”-“Strength” to “Stamina”.What’s the point?

We did not change this, it was always Stamina. As you can see in the outdated planner it was Stamina before. Even Global’s version didn’t add Strength; it reduced Strength feeds, probably for the same reason that we decided to change +stat expertises.

especially since you won’t change it

Player feedback always informs our course. This has been the case for 5 years, why would we stop listening now?

We did not change this, it was always Stamina. As you can see in the outdated planner it was Stamina before. 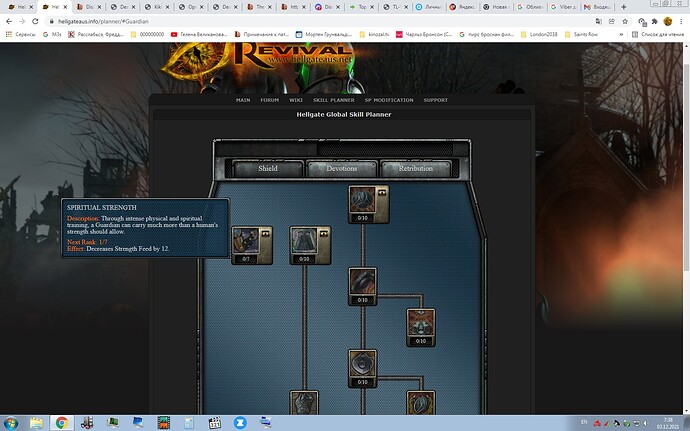 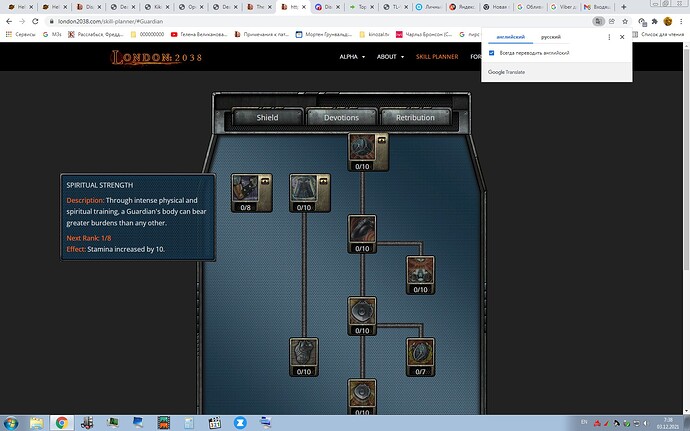 If you’re willing to listen to another perspective beyond what players like I can explain this part in more depth.

I just explained this. Our Flagship TCv4 version always had Stamina, as your second picture shows. You may even find this in their patch notes.
The Global version in the first picture, which is not our planner, doesn’t give Strength either, but reduces Strength feeds. This is what they did with all +stat skills, by the way, which you can still see now if you run the Steam version. Despite all its problems, Global too understood that massive stat numbers across sources are not healthy.

We changed each of the +stat expertise to provide a relevant % bonus instead of their original stat. So the +Strength one now gives +melee speed, the +Stamina one gives hp %, and so forth. This is also pretty much what Global did with them - except our bonuses are more useful than theirs.

What this does is it keeps them valuable for specific builds, the way all the other expertises work. For example, +melee speed is now more valuable for melee builds; a Blademaster with 500 Strength will prefer it over another 38 Strength. Before, it could just be free +Strength for any build, which was both unprecedented and unhealthy.

Anything we do cannot come in isolation. It needs to account for such things as maximum performance, like this video of massive +Strength and +melee speed shows:

Sometimes it relates to what the game engine can handle. An example as regards shields would be this one:

Sometimes it has to account for the balances we’re left with, such as the following from Flagship’s own patch notes. Here are some examples.
Armor:

Armor & Health
The Armor curve has been rescaled to use much larger values to allow for greater accuracy when applying percent bonuses. 5400 Armor is now required to achieve 50% absorption against level 50 opponents. All old armor pieces have been retroactively updated.

This bit is lengthy, so please go through the whole thing.

Monster damage has been decreased by 67% for all monsters to match the new rebalancing of players’ expected damage mitigation levels.

The scaling up of Monsters’ Damage and Elemental Attack Strengths when facing groups of players has been decreased by 60%.

All “critical chance multiplier vs. caste” properties’ bonuses have been decreased in value by 67%. This change is retroactive.

Finally, sometimes it has to do with comparisons to gear/affix value. For example, Luck has a clear-cut effect at ~1200, while each +Luck affix has 210-228. In this case, increasing +Luck from the expertise would immediately affect gear value.

With all of this in mind, we could not simply buff all other expertises to match the value of +stats ones. Examples, given the above:

Global itself only tweaked a few of the old ones’ values, because it had scrapped 2.0 and started back from 1.3. For example, it gave different +armor because its whole armor/damage mitigation formula was different than Flagship’s.

So, such choices are not simple or free of cost. They each affect something else, if not many things at once, and many can have demonstrably bad effects.
So, we could either keep those +stats (which we found were badly designed and harmful to begin with) and buff all else with serious risk and massive work, or align them with the others and make them useful to specific builds instead of free stats for all. We chose the latter.