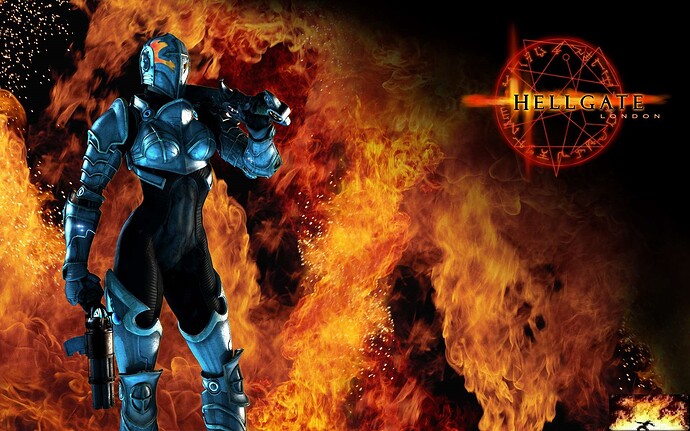 My last ‘its more a “Look what i made” then a class suggestion’ concept i made.
You will see that something weird is going on with how the skills look, more to that under design.
The last one was slow and a bit more “tanky”.
This class is the opposite.

The Blade Gunner prefers lighter Armor to move more quickly and to react fast enough to what might come.

The handling with the Gun mixed with their skills of the Sword let them do precise strikes, on the right place, very quickly.
Their Mobility let them go in and out to avoid any harm to them, Lighter Armor has their price.

I wanted to close the gap between the Templars. The Sword/Gun, Gun/Gun Templar.

The Guns have, again, made it hard for me to balance between them.
But luckily with the experience made from the last concept i knew what to do.

I made two Skill-Tree’s. One is for Faster Guns and the other for the Slower ones.
To garantee that the Faster Guns doesnt benefit that much from the Slow Gun tree,
i did two things.
First, i gave the skills a Cooldown. The other thing i did was that they Shoot their own Projectiles.

A fast firing Gun that Shoots slow because of a Cooldown isnt good.
And the slower Guns are also on the same speed with each other. Making it easier to balance them.

Everything is Projectile based. All skills work with Projectiles only, because of balance reasons.
.

Less Defence and why does the Skills look weird:
.

The idea was to make a Glass-Cannon.
With somewhat of an Assassin playstyle by giving you Gun skills to “prepare” before you jump into the masses and slice them up.
The two Mobility skills let you jump in and out wich rounds the playstyle up.

To give you a reason to why you should do that at the first place, i made this class a Glass-Cannon.
You get Power, in exchange of Defence.
And i think i can still put more negative stuff in it.

To why some of the skills look kinda weird.

This happens when you get all wisdom teeth pulled out at once and you only live on 2 Smoothies per day for 7 days.
And do Brainstorming:

I wanted that the Skills look like Ancient Mosaic wich tell somewhat of a story.

Kinda like that but more Ancient and therfore simpler:

The problem was, you cant Shoot and Attack at the same Time.

This is another reason why i choose skills over passives like those the marksman has.
This and the playstyle to “prepare” with the Gun and then Strike with the Sword made it possible.
Each gives strength to each other.

If you use your Gun, your Sword gets benefits and the other way around.
You will start to do combos. Another trait of Assassins.

The massive increase in Melee Speed letting you easily switch between Slicing and Shooting.
The Movement Speed makes you Mobile while wielding two Guns.
.

These are my three concepts wich i wanted to share.
Im actually exhausted. Making three concepts in a row in such a short time, maybe not my greatest idea but still worth it.

When i forgot something important to mention about the class, i will edit it.

I hope you liked the three. I will now go and finally cook something.

Have a nice day!

PS: The Picture is from Hellgate: London.

The whirlwind shot and its alternative, what happens if i activate this with a Novagun or Starburst?

what happens if i activate this with a Novagun or Starburst?

Edit: Eddit it under Design.