What sort of player are you?

Just like to start by saying I’ve been playing Hellgate since it first came out, I absolutely love this game!

Anyway, what sort of player are you?

Do you just want to get through the levels as quickly as possible?

Do you have to kill everything! Does nothing survive when you are playing?

Do you have to complete all the missions?

I have to kill everything, blow everything up and ensure that whenever I sweep a room or level, I always start from the right and work my way counter-clockwise!

A pleasure to be back playing Hellgate again.

I have to kill everything, blow everything up and ensure that whenever I sweep a room or level, I always start from the right and work my way counter-clockwise!

Hello. You won’t believe it!I have the same position!With one exception.I always move clockwise in any location. I call it “walking on the left wall”.You won’t get lost, even in the dark, you won’t miss anything and you won’t forget where you’ve already been.Why am I writing this to you?Don’t know.I wanted to.All the best.

Similarly, I kill everything. Collect all loot for scrap or selling, uncover all areas of a map, pick up all consumables for use, storage or selling to vendors. I do all quests, often repeating those that can be done over again. I never tire of the game and have played since the very start of the Flagship days. 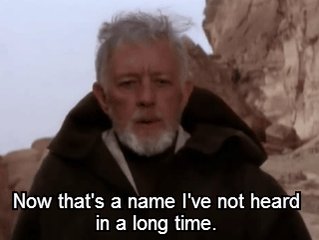 That name is ‘Flagship’

So what?What do you mean by that?

Nice to see the Flagship logo at the start of the game.

Sorry, I didn’t realize.I, too, have been in London since the beginning.First, offline, then Global.I liked going through the catacombs of Westminster.Although, Tokyo, too, is fine.Now, not that.In the catacombs, I reach a maximum of level 10 alone.And then there were only 10 of them. I don’t like being in a group.Okay, I’m talking too much.All the best.

I very much liked faster-paced runs through maps; I’d throw an AoE here and there, but after a while I’d mostly rush through and scan for Champions to confront. As in, total clockwise annihilation wasn’t much of a concern. Plus the wife tends to drag me along when I fall behind.
But I very much liked the written parts too. I’d play alone, every few months or so, just to be able to thoroughly go through the quests at my own pace. Taking in the story, first as a player, then as a writer, and now as one who must respect what we’re building upon, is quite a cherished activity.

But yes, not much of a player these days to really go into how I navigate the game’s current form - though I did like chasing Passageways in playtesting when those were revamped, for a recent gameplay memory.

I’d love to work on London 2038 although I do not have much programming experience when it comes to games.